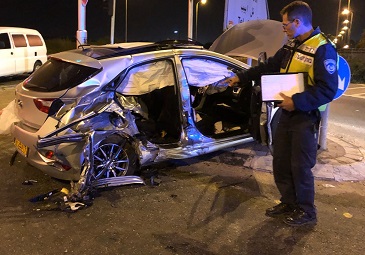 Four Palestinians, among them 6-year-old girl, killed in crash with Israeli bus

Four Palestinians, including a six-year-old girl, were killed Monday evening in a frontal collision with a bus in the northern West Bank.

The Palestinians were in a vehicle that crashed into an Israeli passenger bus on the narrow two-way Route 55 near the settlement of Karnei Shomron.

We are all sad to see loss of innocent lives, especially due to tragic circumstances.

Israel should and MUST improve the roads of Judea Samaria, for Arabs and Jews.  The roads need to be expanded and straightened, barriers placed in between oncoming lanes, and road lighting improved.

Also, the Left and International Community SHOULD STOP denouncing Israel, whenever we improve the Roads in Judea Samaria.  These projects are good for everyone.