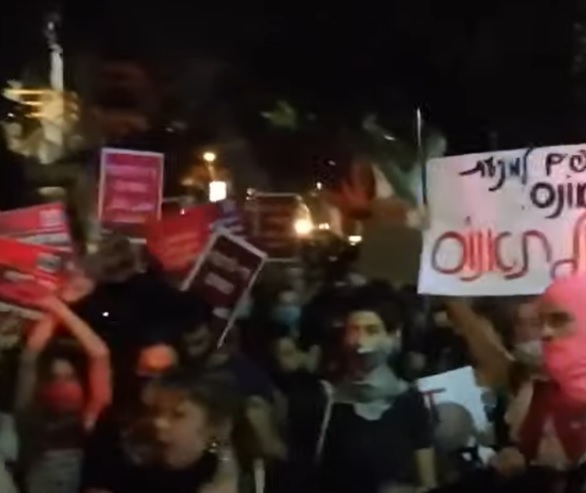 16 year old girl raped in Eilat by 30 men, demonstrations and condemnations throughout Israel.
Personal Note - I condemn the rape.

Now that this issue is clarified, I have a few questions for all the self righteous Israelis who condemn this rape.
Its summer, the kids went down to Eilat for fun, likely all or most drank alcohol and took drugs, even the 16 year old girl.
If you jump into a deep pit in the middle of the desert, you will likely find poisonous snakes, scorpions, or worse.

What did everyone expect ? It happens all the time, even just a few years ago, a bunch of Israelis raped a drunk British girl in Cyprus, and kids are doing all sorts of naughty things in places where the saying is: What happens in Eilat, stays in Eilat.

The boys/men did an evil thing, the girl was plain stupid and will suffer emotional consequences her entire life.
Also, I'm certain if its the type of party I think it was -- loud music, lots of grass, alcohol, and a lot of physical touching, I'm certain that wasn't the only girl to have sex in that venue that night.
Throughout Israel, and even the PM and lots of politicians, are all condemning the rape.

I don't condone the rape. I think the culture and values of modern Israel, the "letting off steam from the Corona lockdowns", and the promiscuous culture of the secular mass media, all led to this bad episode.
Are there rapes in other parts of Israel ? I've read about gang rapes in Kibbutzim (most are not reported), Eilat, and hostels throughout Israel.
Rape occurs in the religious / Haredi society, but typically not the scenario where the girls and guys are drunk.

The one form of rape I'm most concerned about, the type of rape which is taboo, and not spoken about, the rape which should cause demonstrations is - political rape.
Yes, the Muslims practice Jihad rape to humiliate the "non-believers". They do it throughout Europe and the USA, all the Muslim countries, and yes - hundreds of Jewish women have been Jihad raped.
Where is the outrage about this ?