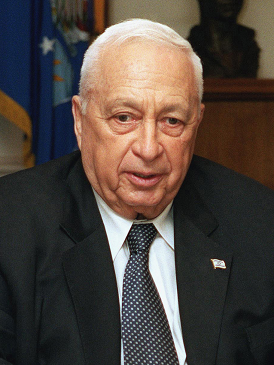 Ehud Olmert confirms that Ariel Sharon died before a planned major disengagement in Judea and Samaria.

Former Prime Minister Ehud Olmert confirmed that the 2005 Israeli decision to remove all 21 settlements from the Gaza Strip along with several more in Judea and Samaria was the first part of a broader disengagement plan planned by then Prime Minister Ariel Sharon, Israel Hayom reported Thursday.

Just look at what happened with Gaza.  Can you imagine the disaster if Ariel Sharone's and Olmert's plans would have come to fruition?  I shudder at the thought.

And just think, Leftists want to continue the Israel giveaways.