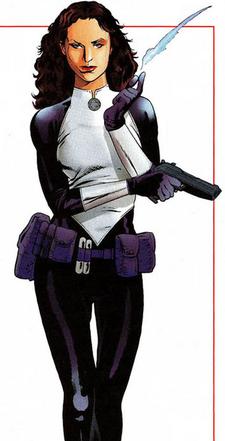 From her first meeting with the Incredible Hulk, this super-agent represented the Jewish angle in American comics

She appeared for the first time in August 1980, 40 years ago. It was in a single frame in “The Incredible Hulk” #250. Her black hair had a bluish sheen, her tight-fitting bodysuit glowed blue and white, and she sported a large Star of David on her chest.

Sabra, the first Israeli superheroine, made her debut appearance in the Marvel Universe gazing at the horizon with determined look; a note on the margins of the page promised readers that they would meet her again in one of the upcoming issues.