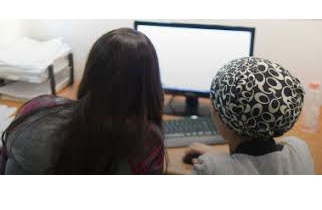 Number of ultra-Orthodox tech employees jumped by 52% in 2014-2018; 71% of them are women, according to study presented to President Rivlin

The number of ultra-Orthodox workers in the tech sector jumped by 52 percent in 2014-2018, with women blazing the trail, according to a report that came out Tuesday.

Notwithstanding the increase, however, there is significant room for improvement with regard to the number of ultra-Orthodox employees in the sector compared to their representation in the overall population, their average salary and their active entrepreneurial involvement in the startup industry.

Since the age of the Haskala - Enlightenment - in the 19th Century, many millions of Jews were freed from their Ghettos and were able to join the European secular society.  Many chose to leave Judaism, and it was a terrible period of assimilation and loss of Jewish population.

The Haredim responded to this period by having their men go to Yeshiva for more years, and having their women work.  The Beit Yaakov Haredi school system was founded and grew a lot during this period, where women learned trades and ability to later support their Kolel husbands.

Fast forward to 2020, the Haredi women are learning computers and other high tech fields, in order to support their families.