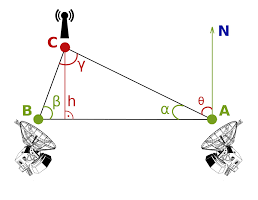 Shin Bet said to have secretly tracked most Israelis' phones for over 2.5 years

Long before the coronavirus outbreak, the Shin Bet security service was secretly tracking Israelis’ cellphones in a clandestine program to fight the Islamic State terror group that lasted for at least two and a half years, and may still be ongoing, according to a television report Sunday.

The classified program, whose name is under gag order, was approved by a team of senior Justice Ministry officials, headed by then-state attorney Shai Nitzan as well as Attorney General Avichai Mandelblit, but was not subject to parliamentary oversight, legislation, or any regulations, Channel 13 reported Sunday evening, without citing a source.

There is an ongoing debate if the Shabak can use cell phone data to track those exposed to Corona.

This is clearly an illusion, because the Shabak / Police have been using this technology for at least 2 decades, if not more.

It has always been a standard practice of "smart" criminals (including violent political activists such as Anarchists), to leave their cell phones in a "safe spot" before doing illegal and questionable activities.