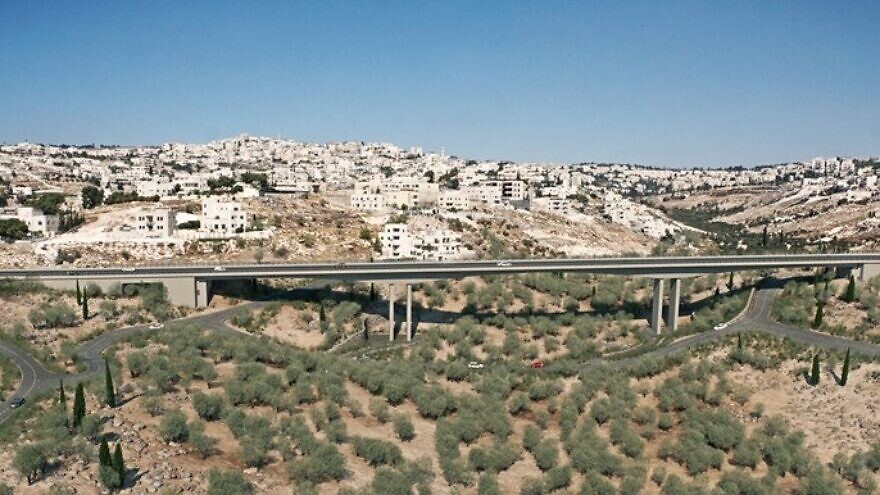 Dubbed “The American Road,” the new highway is being hailed as one of the biggest infrastructure projects undertaken by Jerusalem in the last several years.

(July 13, 2020 / JNS) Jerusalem has started construction on parts of an NIS 3 billion (approximately $870 million) major highway that will eventually serve as a ring road around Israel’s largest city, with the goal of significantly alleviating traffic throughout the capital. At the same time, planners hope that the project will provide easier access for those entering or passing through the city from all sides.

Construction has already commenced on the southern and central sections of the Eastern spur of the highway, which consists of a three-pronged, 10-kilometer (6.2 miles) stretch of pavement known as “The American Road.” When fully completed, the road, which will include bridges and tunnels, will stretch from the Arab neighborhood of Tzur Baher in the southeast to the Naomi Shemer Tunnel in the northeast on Mouth Scopus.

A few major Road projects - The American Road, The Begin Road extension to Gush Etzion, the Har Homa-Gilo-Begin Road Tunnel, Road 16, and other projects -- will all serve to modernize and streamline Jerusalem traffic.  Together with the significant expansion of the Jerusalem Light Rail Network (JNET), and the extension of the Heavy Rail from Tel Aviv, into Jerusalem (Davidka, First Station, Talpiot, Malcha) --

... By the latter half of the 2020s, Jerusalem will look and feel very different than today.