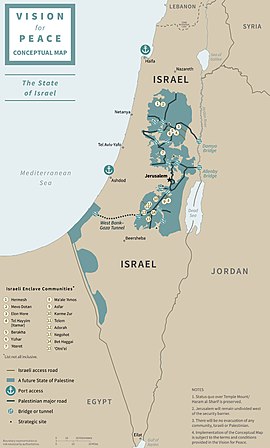 Greenblatt: Israeli Sovereignty Only with Allocating Land for Palestinian State

“…under the peace plan that we released, that comes with a commitment to set aside a certain area of land for the eventual, potential Palestinian state,” said President Trump’s former envoy to the Middle East peace negotiations Jason Greenblatt in an interview with Israel’s Army radio.

Greenblatt was one of the architects of the Trump peace plan which was introduced officially in late January.

The cat is out of the bag.  Israel will get symbolic sovereignty of very small areas, which can be cancelled at any time, while the Arabs will get concrete concessions.

When will the Jews ever learn ?

Also, Israel will give up chunks of the Negev to the Arabs.  This is a crazy deal.

Whoever thinks Israel can apply any sort of sovereignty, without giving up 10x in return, is very naive.