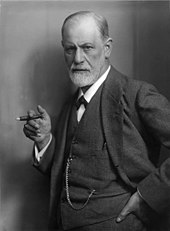 The legislation, proposed by Meretz leader Nitzan Horowitz, would take away the license of psychologists who uses conversion therapy, fine them and send them to jail for repeat offenses.
Members of the government coalition clashed on Wednesday after the Knesset approved a bill to ban psychologists from practicing conversion therapy in Israel on Wednesday, amid a stormy Knesset plenum. The bill passed with 42 for and 36 against, with a number of coalition members voting in support, against the government's position.

Conversion Therapy is the use of Psychological or Psychiatric therapy to change a person's sexual orientation, and/or the use of medications to do the same.

This law would ban the practice in Israel, of licensed therapists to change the sexual orientation of gay/bi to heterosexual.

Of course, the use of such therapy, to help heterosexual people become openly gay or trans-gender would be completely permissable.

Again, I think what people do in private is their business, but this legislation is really overboard.