“Democracy is the worst form of government, except for all the others.” - Winston S. Churchill

The goal of this page is to be the most comprehensive resource regarding the upcoming (17 March 2015) Israeli Election.  Feedback is welcome and encouraged.

While the rule for polls is that they are always wrong, here is a constantly updated link of all the latest election polls:
Opinion polling for the Israeli legislative election, 2015 (Wikipedia) 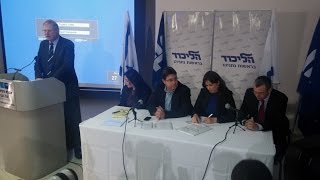 Welcome to IsraelN.com. This is a one-stop shop for all the latest headlines from pro-Israel web sites.